Pass it On Celebration Event 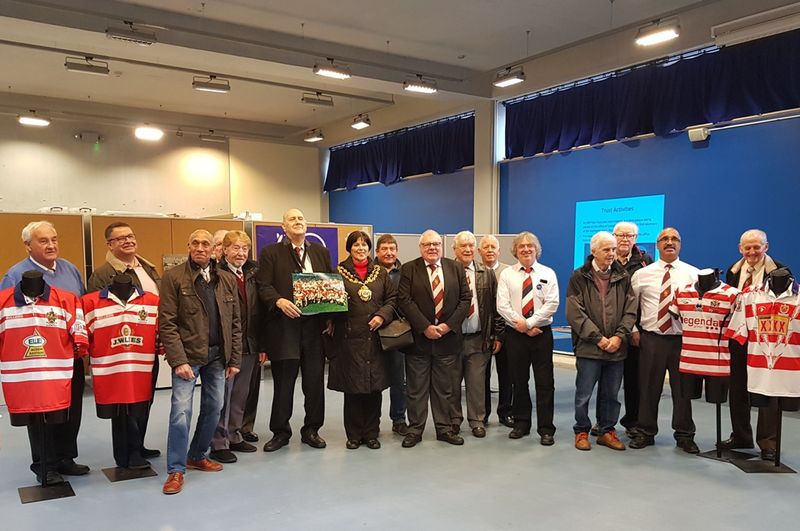 On Saturday December 7th the Trust held its Celebration event to mark the closing days of the ‘Pass It On’ project by which their memorabilia collection was given over to Oldham Council and the launch of the new Oldham Rugby League Heritage Trust website. The project has been funded by the ‘Heritage Fund.’

On the day there was a mini display of memorabilia along with a slide presentation covering the activities of the trust over the years.

The turn out was very heartening with amongst the attendees: The Mayor of Oldham, Ginny Alexander and consort, Adrian Alexander, MP for Oldham East & Saddleworth, Debbie Abrahams, Club Chairman, Chris Hamilton, Club Captain, Gareth Owen along with a good representation from the ex-players association including “Hall of Famers”, Mike Elliott, Terry Flanagan and Martin Murphy. There was also representation from Rugby Oldham and ORSA.

The atmosphere was very positive with a particularly good response to the new website.