The local Rugby league fraternity was saddened to learn of the death of Alex Givvons, a leading rugby league referee in the 1970s and 1980s. Alex died in hospital after a short illness. He was 82. 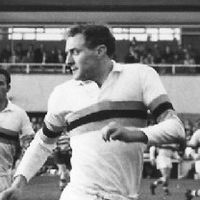 The elder son of an Oldham Rugby League Club legend, Alex Givvons snr., he followed his father’s example by playing rugby league professionally, as a centre or winger, for Halifax, Swinton and Blackpool Borough.

For part of his time at Blackpool, he played centre to the great Brian Bevan, the famous Australian, who was by then in the twilight of his career after serving Warrington for many years as one of the sport’s best-ever wingers.

He was an all-round sportsman, who represented Lancashire at polo; played golf at Crompton and Royton where he was president in 2008; and enjoyed tennis at Manor Tennis Club in Waterhead.

In later life, as a former rugby league referee, he picked up his pen to write a regular article in the Oldham RL Club’s match-day programme, headed ‘Alex Rules OK’.