The Oldham Rugby League Heritage Trust is sad to announce the death ex-Roughyed Dick Bonser on Tuesday 29 th August 2017 at the age of 79. 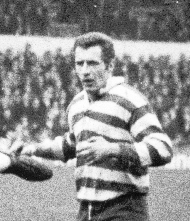 James Richard Bonser originally signed for Swinton from the Rochdale Rugby Union club and was part of the Lions team that were double champions in the early 1960s. He later had spells at Widnes and Huyton before coming to Oldham in September 1970. Playing at prop or in the second row, he made 39 appearance for the Roughyeds before going back to Rochdale to coach at Mayfield ARLFC.

He later went on to serve on the board at Rochdale Hornets and subsequently became club chairman.