All Oldham Rugby League supporters and fans of the game in general will be saddened to learn of the death of former Watersheddings forward Geoff Fletcher at the age of 74. 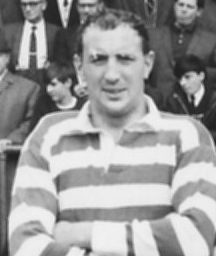 Geoff made 111 appearances for the Roughyeds between 1965 and 1969 as an uncompromising forward who was also gifted with excellent ball playing skills. He came to Oldham from Leigh as a second-row or loose-forward but soon moved up to prop. A natural leader he became club captain was soon a firm favourite with the Oldham supporters. Successive stand-off halves, Tommy Warburton and Wilf Briggs benefited from Geoff’s distribution skills with many tries for the Roughyeds as did speedy second-row forward, Bob Irving.

He played in Oldham’s Lancashire Cup finals of 1966 and 1968 being the captain in the latter against St Helens in the 1968 final at Central Park, Wigan when he was forced to retire at half-time with a broken arm. The following year he left to sign for Wigan.

In all, he had three spells at Leigh and another at Workington before ending up at Huyton, where he was to stay for many years and where he became the man who kept that club going in its various guises as Huyton, Runcorn Highfield, Highfield and Prescott Panthers. He was player-coach, coach, groundsman and eventually chairman when he put his boots away for the last time after a career of 559 games in total.

One of the great characters of the game!